While the number of participants is only one of many factors in producing a good study, I thought it would be interesting to see how many participants are typically involved in UX/HCI research. So I had a look at all the papers published at CHI2018, the largest – and arguably most prestigious – Human-Computer Interaction conference in the world.

Let’s have a look at them and see how many participants were recruited in each of these studies: 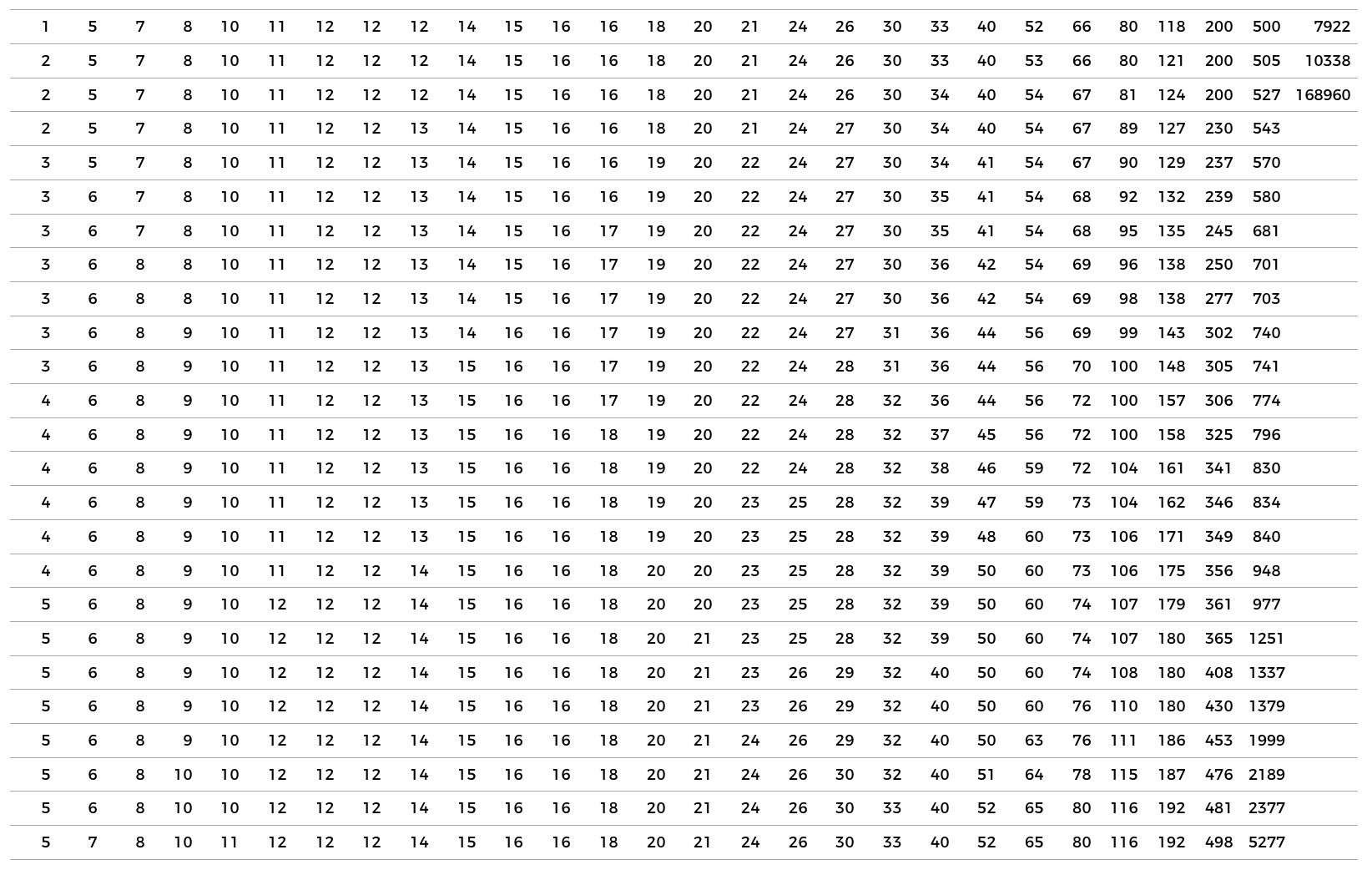 Next, let’s roughly classify the studies by research methodologies. Considering the data per methodology will be more meaningful, as you would naturally expect certain methodologies to involve larger numbers of participants than others (for example because participants will be easier to recruit, or because the methodology focuses more on quantitative rather than qualitative measures).

Now let’s (temporarily) remove outliers. There are a few impressively enormous studies, but they heavily skew the data. By ignoring studies that fall outside of the upper and lower boundaries (respectively Q3 + (interquartile range * 1.5) and Q1 – (interquartile range * 1.5), calculated per methodology) – a total of 69 studies – we can more clearly see the spread per methodology:

This shows that remote studies and surveys have the largest spread, while the other methodologies typically use far fewer participants. Let’s put the outliers back in and have a final look at the cumulative relative frequencies: 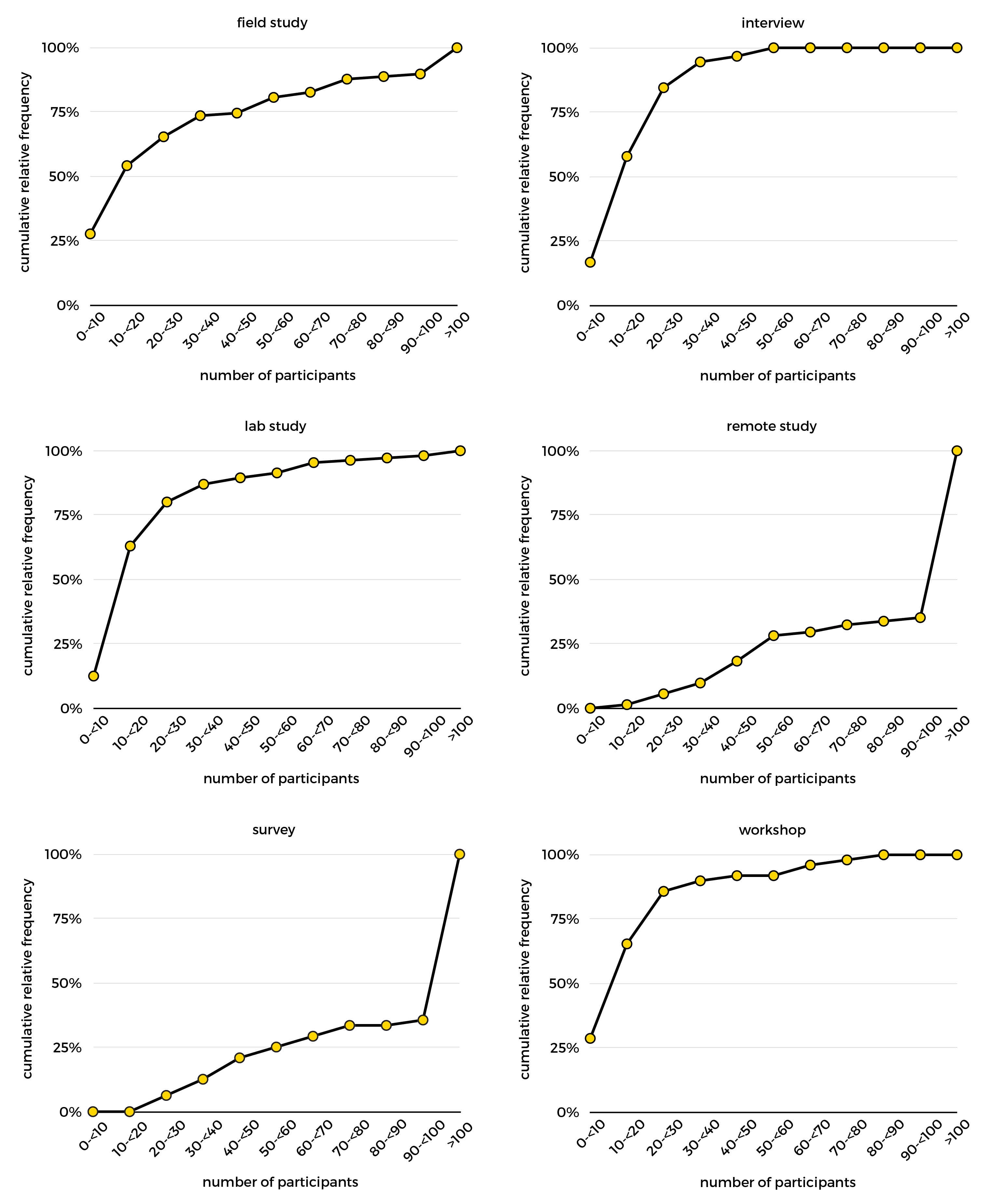